A BAR Affair with Tom Brosseau A Prairie in the studio

We’ve got a favourite artist: Tom Brosseau! Together with his guitar he played at the studio on a cosy Sunday night.

During the break, our fave host [Bicycle]Mark Rendeiro had a short Q&A session with Tom, touching on some of the design decisions for his album covers.

As an artist he was funny, genuine and intreguing. You should definitely catch a gig if you can.

As an artist he was funny, genuine and intreguing. You should definitely catch a gig if you can. We bought all of the three of his records available on the night, so we suggest you at least check out his latest album North Dakota Impressions.
Hailing from US of A’s Grand Forks in North Dakota, you can hear Tom’s homeland in his music and lyrics. Despite having lived in California for a decade or so you can still clearly tell he grew up on prairies, wearing blue jeans, chewing on a straw. His sound is soft Americana, folk, genuine and descriptive.

The LA Weekly described his voice as “a starched, dry tenor that sometimes cracks into a short yodel, or holds sustained notes in a feather-light vibrato” and his “versatile guitar style compliments the effect, incorporating complicated finger picking, repetitive or rhythmic strumming, and unhurried, free explorations from song to song.”

Meanwhile, well done us Amsterdonians getting Tom to the 100K views on this video clip! If you haven’t seen it though, it’s well worth checking out what to expect in a wee while! 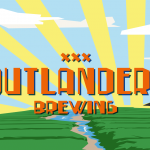 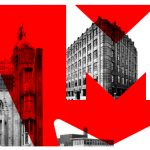